In the grand tradition of OSR blogs, its magic sword time! Come for the blades, stay for the fictional worker's comp lawsuit. 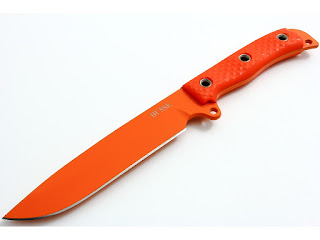 sauce
It's a pleasingly curved bone-handled dagger with an amber glow (same stats as torch) in the presence of humans!
Practical uses:
Hag’s Pestle

Baba Yaga with her mortar, pestle, and broom
(sometimes credited to Ivan Bilibin)

Pitted and stained, this oversized stone club has a hankerin' for grinding osseous tissue, but also serves as a rudder during flight. 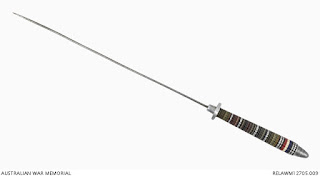 Arthur Milbourne Lowe
This subtle +1 hatpin (stats as dagger) induces intense dromomania (psychological wanderlust) in pricked targets who fail a save (DC 13 wisdom or save vs Paralysis). With a successful opposed stealth check, a target can be slightly pricked without becoming aware of the attack - the target takes 1 point of damage and saves as normal.
When a target fails the saving throw against this weapon, the target is overcome by wanderlust and must move at the first opportunity. This has two different effects depending on if the save is failed in combat or out of combat.
In combat: (This makes sense in 5e with minis combat but i'm not sure if it makes sense in other systems) The target must move before doing anything else on its turn. For the rest of the combat, the target must move to only new positions, not old ones. If the target can't move to new positions, it gains the frightened condition for one round. The wanderlust abates at the end of the combat.
Out of combat: The target immediately must begin traveling, in the style in which they are familiar. If the target is a king, this might signal the start of a new crusade. If the target is a cleric, it might be a pilgrimage. If a common laborer, it might be an ancestral home.
Sidebar: I haven't figured out how long the out of combat effect should last. I think it should last either a similar amount of time to Charm Person (different durations in different systems, some allowing a check) or Geas/Quest.

A crude iron short sword embedded in a dense knot of petrified vines - stats as mace.

Sentient, telepathic with bearer. Hates trees, shrubbery, and the color green. Likes long walks in the city and bonfires. +1d6 damage vs plants, druids, and hippies. Plants must save vs DC 14 Con (or save vs paralysis depending on your game system) or be stunned for 1 round as the sap locks in their limbs.

A bronze-hilted shamshir (stats as scimitar) with fox-themed scabbard. This cunning magical blade has a knack for hamstrings and kneecaps. Unusually for this sort of weapon, it can also be set against a charge like a spear. The wielder will find the hobbler's blade more or less effective against targets with different numbers of legs:

*A wizard is at fault here. The bears in question were just trying to make a living wage at the coat factory, but alas, it was not to be. Even worse, despite recent anti-discriminatory legislative advances, worker's comp still doesn't cover claims made by bear employees. Legal counsel Rutherford 'Baloo' Higgins was quoted as saying 'Our ursine minority population deserves a paycheck to help keep food on the table and rent paid - the bear necessities.'
Scribbled by Dragonsdoom